I love to read but it feels like a guilty pleasure when I actually get to do it with Grad School wrapping up. I had the pleasure of reading two extraordinary books recently, as well as re-reading my first book as a result of #KissPitch and being the worst beta reader ever for my dear sister who has written the most amazing collection of travel stories. It may not seem like a lot but it actually is a lot of reading. So, check out what this romance author has been reading. 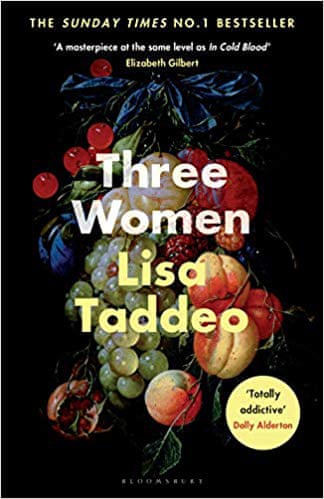 I received this book as a birthday present from my husband. He saw the British press had not stopped raving about it since its release, and thought it would interest me. He was not wrong. Three Women is a work of non-fiction. Taddeo follows three American women and their journies with sexuality, a woman who has an affair, to another woman who is in an open marriage, to the teenager who has a sexual relationship with her high school teacher. As a romance author, what induces love, sexuality and lust is always of interest to me. I picked up this book as a character study but soon realized I would be selling it desperately short to approach it that way.

From the first page, with its gripping honesty, I could not pully myself away. The stories are heartbreaking and TRUE. Each story is unique and thought-provoking but the one story that particularly resonated with me was the story of Lena, a married mother, who had an affair with a high school fling. Her first sexual experience is heartbreaking, and she marries a man who doesn’t seem interested in physical affection. Despite her best efforts, to entice her husband, he is simply unwilling- even repulsed by the idea. I couldn’t help but wonder if he had his own traumatic sexual backstory. (I am not saying that those who are asexual have trauma).

Lena talks about craving a man’s touch, and she finds it in the arms of a high school boyfriend, who is married as well. I found myself rooting for them, even though they were both married. It is heartbreaking and beautiful to see Lena’s struggle.

With so much amazing work out there to read and our non-stop news cycle, it seems that not much sticks with us for very long, but this book will stick with me forever. The brutal, beautiful, heartbreaking honesty in which these women tell their stories is incredible. I literally could not put this book down! 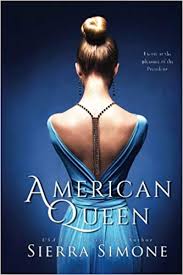 While out in Los Angeles last month I made sure to stop in The Ripped Bodice in Studio City, California, a romance bookstore. While I was there the cashier highly recommend this book to me, making sure to inform me that this one is more erotica than romance. I like a good steamy read every now and then so I purchased it. The premise of this work of fiction, follows Greer, the privileged granddaughter of a former Vice President, her love interest Maxen Colchester and his best friend, and current VP Embry Moore. I’ve never read a book by Simone so I wasn’t sure what to expect. The opening two paragraphs of this book are a master class on how to start a book. I was hooked from the start!

I started reading this one on the flight home from L.A., a red-eye flight, where the two travellers on either side of me slept. I am not ashamed that I read romance and erotica, but let me tell you, this one made me blush! At one point during the flight, I had to put the book down, it was that steamy- my eyes had third-degree burns! From start to finish the sex scenes in this book, leave NOTHING to the imagination. It left me, who is not prudish at all, slightly uncomfortable.

Greer falls for Ash or Maxen and they begin a sub/ dom relationship. I have read several books with this sort of sexual play and my normal reaction is like, “eh, okay.” The relationship in this book bothered me more than most of the other books in the genre that I have read. Greer is sexually inexperienced and is suddenly eager to please Ash at his beck and call. I just don’t get it. I am not passing judgement on sexual interests in any way! The whole sub/ dom thing is so not my jam. At one point Ash whips Greer with a belt and she talks about how it hurts so good. All I could think to myself was, “if someone hits me with a belt, I am going to grab it from them and hit them with it!” Yes, I know I am missing the point here. I just find myself asking, where is the line between violence and sexuality?

Then, we find out that Greer looses her virginity to Embry, who is Ash’s best friend after Ash breaks her heart one night. The whole scene where she loses her virginity is hot- unrealistic, but hot. So now we have a perfect love triangle between Ash, Greer and Embry. I really wondered where Simone was going with it. Later on in the book, Greer finds out that Ash and Embry have a sexual relationship too! Woah, everyone is sleeping with each other! Greer finds this out in the most awkward way too. The book culminates on Ash and Greer’s wedding night, where they invite Embry in to essentially be a thruple.

A few years ago I had an interesting conversation with a therapist about different types of relationships. At the time this therapist was treating a woman who was in a relationship with two men. Together, the two men and she had made a thruple or a couple of three. The therapist told me about some of the research they had done on the topic and the one thing that came up time and again- it never works out in the long run. All I could think to myself was that their relationship will never work! Sure it might be hot, and convenient for now, but down the road, things are going to get messy.

The last scene in the book, the wedding night, I found more thought-provoking than sexy. Greer asks her new husband and his best friend, Embry to sleep together in front of her before they turn their attentions to her. The culmination of this wedding night ends with the two men making a Greer sandwich. This made me wonder, would anyone want a wedding night like this? Am I a square? I don’t know. Again, I am not judging as long as all involved parties are consenting adults.

I think for me as a romance writer, the set up was there for a sexy, heartfelt love story between Ash and Greer, but somewhere it jumped the rails. There is so much with this book, incest, threesomes, sub-dom, gay sex, you name it. If you rated hotness on a scale, this book would be nuclear, but I would argue at the expense of what could have been a great love story.