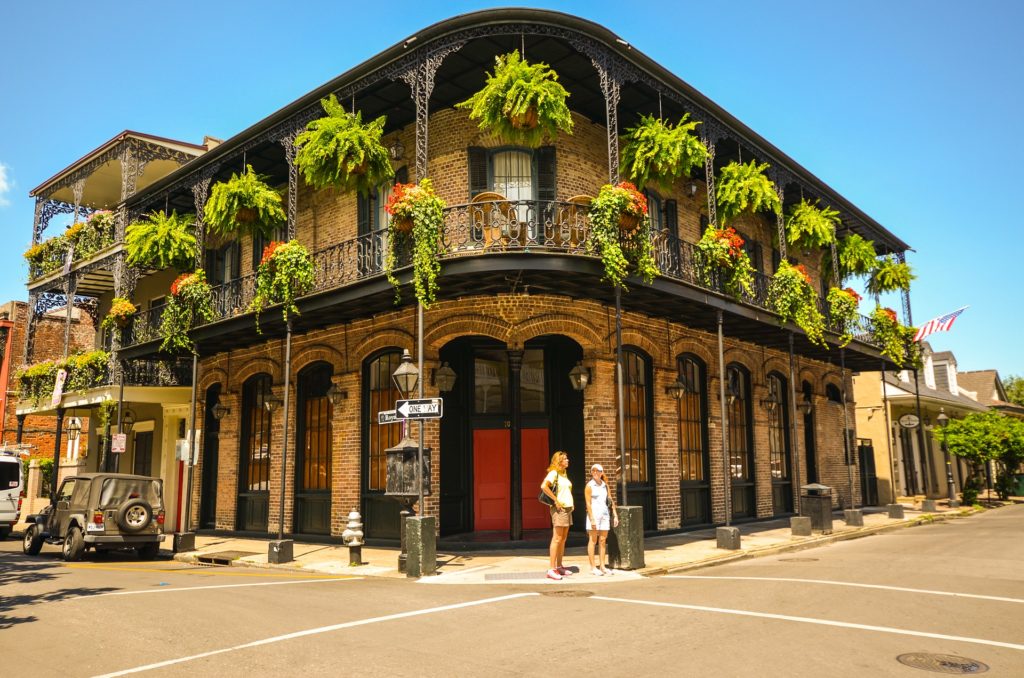 I’ve been thinking about this blog post for a while now, the concept of place and how it relates to a story. I knew I wanted to write this post, but I wasn’t quite sure how to go about it, then something truly unique happened. Over the summer I picked up a copy of Sandra Brown’s novel Fat Tuesday. Sandra Brown is romance writing royalty in my opinion and a New York Times bestseller, clearly, she knows what she’s doing. The story is set in New Orleans, somewhere I had never been.

In full disclosure I had started reading the book and set it aside for a while, not finishing it. I picked it back up, my interest reinvigorated when I booked a trip to celebrate my sister’s birthday in The Big Easy. New Orleans where the book takes place, and I would argue the city and the Delta is as much of a character as the actual characters. As I walked the streets of New Orleans, I could see scenes play out from Brown’s novel. From the Garden District to the French Quater, I was walking in the footsteps of Brown’s characters. It was an amazing experience, truly immersive!

When I think of place and setting I also think of Stephen King, and his affinity for setting books in Maine. Before I began to write I had always thought it was strange that he set his books in the same state.  Then I read the Ghostwalker series by Christine Feehan, and much of that is set outside of New Orleans, in the swamps. Reflecting on place, I find it interesting how much where you set your novel really does matter. It’s more than a geographic place on a map, it’s culture, weather, personality and so much more.

Most of my work is set in Chicago because it is my home and the city that I love. It is said to write what you know, and I know my hometown. Recently I was having a conversation and the person remarked that Chicago as a city didn’t really have a soul, meaning it didn’t have a feeling of uniqueness. After I picked my jaw up of off the ground, I made the stern argument that Chicago has a great soul. I have tried so hard to capture it in my work.

I have also set work outside of Chicago, one in Half Moon Bay, California, and the other in New York City. In every romance novel, I have written, I have strived to capture the feeling of where the story is set. I find that it enhances the story so much more. My take away from my experience reading Brown’s book in New Orleans was just how much place matters. As I walked the streets of New Orleans, I felt like I was one of the characters in the book. It made me wonder if Brown was from New Orleans as she had captured the spirit of the city so well.

Before I wrote this post, I did a little research, Brown is not from New Orleans, not that one has to be from a specific city to set a work there. I would have thought she was a native. I remember reading somewhere about Christine Feehan and how she would spend months down in southern Lousiana researching the swamps and the bayous and it makes me wonder about setting works in places I’ve never been. As an unpublished author at this point, taking a trip to somewhere a book is set for research purposes seems indulgent to me. I am not a New York Times Bestseller, well at least not yet. (Fingers crossed that I will be someday.)

For the works that I’ve written that aren’t set in places I’ve actually been too, this experience has made me wonder how much better the work could be if I actually went to these places and then in the next edits, put authentic details in. In today’s day and age, with the internet and Google maps, I think it is easy enough to get a decent idea of a city, at least geographically. While I was down in New Orleans, I did a bike tour where our tour guide was an author as well. He talked about how the city was like magic for artistic types, including authors. As we walked through the quieter parts of the French Quarter, I had the thought experiment of being able to travel back to NOLA to set a book there. I would rent a small, furnished apartment with a balcony and try to capture the feeling of the city. It’s a nice thought, isn’t it?

so as I grow as an author and I learn new things, this lesson has been solidified for me, place matters! Go visit, eat the food, be amongst the locals if you can. Capturing the spirit of a place adds dimension and texture to your work. Hmmm, now to think about setting a romance in the Big Easy….

What do you think about setting and place? Does it add more to the story, let me know in the comments below. Bonus points if you want to share a novel that has done it particularly well.